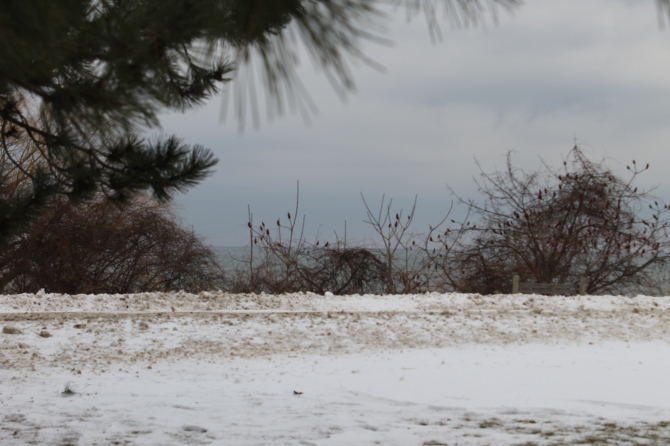 OSWEGO, N.Y. – Oswego is known for its unusually harsh weather: strong lake-effect winds, large amounts of lake-effect snow and the occasional whiteout during the coming spring months. During the spring semesters at Oswego State, it is extremely important to stay warm in one way or another. There are many unique ways of keeping warm despite the frigid Oswego weather. Everyone has their own way to brave the cold temperatures.

Oswego weather veterans have their own more educated opinions of how to stay warm and remain healthy during the colder weeks of classes at Oswego State. Elizabeth Burns, nurse practitioner and assistant director of Health Services at Mary Walker Health Center, provided some helpful tips for staying warm during the spring semester.

“I think that the main thing to consider when staying warm is proper dress attire,” Burns said. “This typically means wearing a longer coat, some type of cover for your head, as well as mittens or gloves. The longer coat will keep your legs warmer than a waist length one would, and the rest is really just common sense.”

The freezing cold temperatures are not the only condition students need to be concerned with. On Jan. 31, 2013, there was a high wind warning in Western New York. According to the National Weather Service, the winds were between 25 and 35 mph, with up to 60 mph gusts. This is when head cover becomes even more crucial.

There are some students that take no offense to any of the frigid weather and find it even enjoyable.

“I grew up in Rome (New York) and on a lake, so cold temperatures, wind, and snow was something I had to deal with my entire life,” said Oswego State freshman Derek Sexton. “I always tried to get away with dressing as though it was springtime during the winter simply because it’s more comfortable. The cold does not bother me, so don’t be surprised if you see me walking around campus with shorts on. I’m not the only one either! I see others around campus in shorts and even flip-flops.”